Agender is a person who has a lack of gender.  Aka genderless, genderfree.

Gender Dysphoria is the feeling of discomfort that might occur in people whose gender identity differs from their sex assigned at birth or sex-related physical characteristics.

Gender Equality.  The state in which access to rights or opportunities is unaffected by a person’s gender identification.

Gender Nonconforming is a person whose behavior or appearance does not conform to prevailing cultural and social expectations about what is appropriate to their gender.

Non-Binary Gender is a person who identifies as having no gender or without a gender identity.  Also known as genderqueer.

Pangender is a person who identifies with all genders available to them.  Aka omnigender, polygender.

Third Gender is a person who categorizes themselves as neither man nor woman.

Transgender is a person whose sense of personal identity and gender does not correspond with their birth sex. 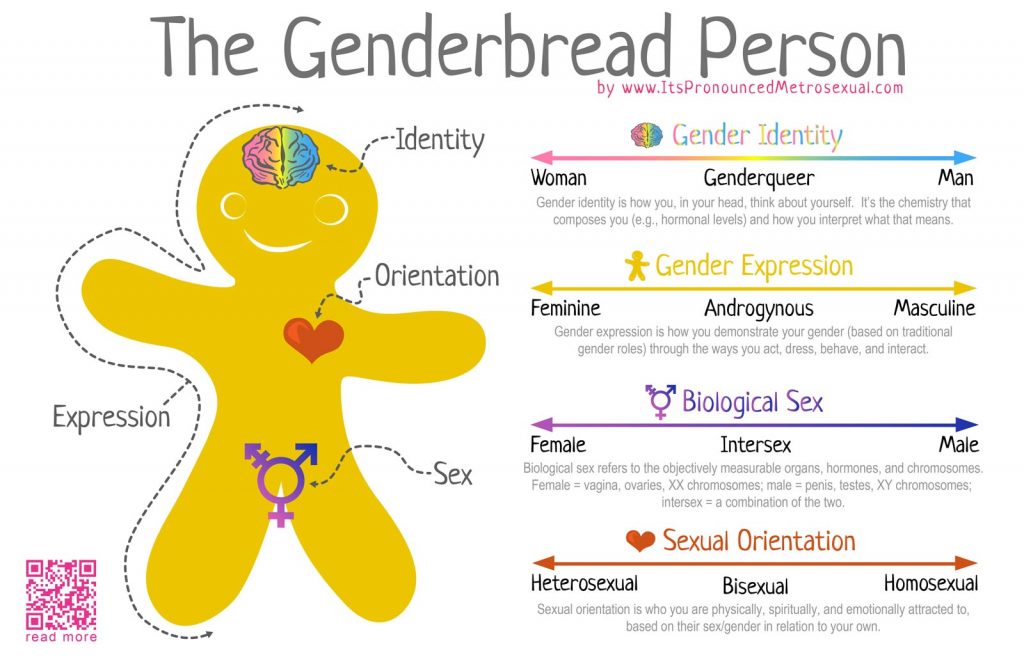