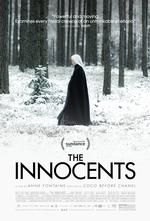 On April 26, 2016, our Art in Film group reviewed A Hologram for the King.  Cultures collide when an American businessman (Tom Hanks) is sent to Saudi Arabia to close what he hopes will be the deal of a lifetime. Baffled by local customs and stymied by an opaque bureaucracy, he eventually finds his footing with the help of a wise-cracking taxi driver (Alexander Black) and a beautiful Saudi doctor (Sarita Choudhury).

Our reviewers found it odd that this film’s timing and emotionless theme comes so close in time to pending release of the controversy of 9/11 report and Saudi Arabia’s secret 28 pages.  Was the timing of this film deliberate?  Or just a coincidence?

On January 26, 2016; our Art in Film group reviewed Closed Season.  In 1942 Fritz and Emma hide a Jewish refugee at their remote farm in the Black Forest. As the couple has unhappily remained childless, Fritz suggests an unorthodox deal and asks Albert to conceive a child with Emma on his behalf. The consequences are dramatic: Emma discovers her sexuality, Fritz cannot control his jealousy and Albert feels trapped between the two of them. Against the background of war, an unpredictable drama unfolds that turns offenders into victims and vice versa.

This film proved to be a very complex story with many interpretations.  Our review was a diverse viewpoint discussion on the many elements to the story.

Most Memorable Scenes:  Emma giving a book to Albert; Fritz witnessing sex differently; Albert giving necklace to Fritz; Emma discovering that jewelry was made by Albert; Emma’s discovery of love and sex.

Which scenes were missing, in other words, the following scenes would have helped reveal the story:  A moment of Albert’s past; Emma’s conflict more deeply exposed; Albert’s kibbutz life; More time to develop Albert’s relationship with his son.

Which scenes to shorten or remove:  Remove Germans joking about Jews; Too many times when Fritz waited outside the door; and Reduce the number of scenes with Walter.

The film summary stated that passion, betrayal and jealousy were underlying emotions portrayed.  Our reviewers expanded list of emotions to include:  anxiety; fear; desperation; anguish; sadness; and loneliness.

We learned that roebuck is a male deer; alcohol’s effect on a good person; and shooting birds at night.

Our reviewers also agreed that the photography was perfect … lots of gray tones and muted colors to illustrate contrasts; captured the time frame of the 40’s in a German countryside.

Audience should be adult to understand the complexities of the relationships formed.

Summary.  Our detailed film review brought out more depth in the film than when first observed.  Closed Season left our reviewers with more questions than answers.  For example, (a) did Albert choose Kibbutz life as a way to continue to punish himself for the guilt he felt for shunning Emma, falling in love with her and accepting Fritz’s request?  (b) did Closed Season intend to describe Emma or Fritz?  (c) did Albert invite his son back because it became clear to Albert that his son was growing up just like him?  (d) did Fritz kill himself?  etc.  Great film, well written, never a dull moment, kept us engaged, and well directed.

ber 29, 2015; our Art in Film group reviewed Heart of a Dog.  An impressionistic and musical meditation on a pets death with prelude by the artist Laurie Anderson, who enjoyed a very deep relationship with her dog, with following soundtrack.The film centers on her remembrances of her late beloved piano-playing and finger-painting dog Lolabelle. Scenes range from realistic footage from the animal’s life to imagined scenes of Lolabelle’s passage through the bardo (according to Tibetan tradition, refers to the state of existence intermediate between two lives on earth). It also includes other reflections on life and death including Anderson’s experiences in life in downtown New York after 9/11.

Most Memorable Scenes:  Snowing in Chicago; Ice Skater; Dog as Prey; Loss of Freedom; Impermanence of all living things; Dog Playing the Piano.

We learned about mixed media, Tibetan traditions, Sudden Infant Death.  Several profound quotes:  “Purpose of death was release of love.”  And in defining night, “we fall through time, and Day is the space between Nights.”

Summary.  Movie included several dark undertones in a very artistic illustration on connection between mother daughter; a love connection with her dog and family memories.  A shared view by all of our reviewers was that this film scores high for originality, photography and uniqueness.

Our reviewers reviewed this film with a broad range of scores from a low of 20% to a high of 93% and an average of 68%.

“Varied opinions, and a terrific discussion.  Personally, I like the movie!”  Caryn W.

“Kudos to Glenn for leading a very good discussion about a movie that was controversial.  We didn’t hold back and had lots of laughs too!”  Gerrie Beck

On July 21, 2015; our Art in Film group reviewed Mr. Holmes. Mr. Holmes is a new twist on the world’s most famous detective. Movie takes place in the year 1947. Holmes faces the end of his days tending to his bees, with only the company of his housekeeper and her young son, Roger. Grappling with the diminishing powers of his mind, Holmes comes to rely upon the boy as he revisits the circumstances of the unsolved case that forced him into retirement, and searches for answers to the mysteries of life and love – before it’s too late.

Favorite Scenes:
• Holmes with Anne as Holmes realizes how alone he is despite his intellectualism.
• Country and interior design is exquisite.
• White hills of Dover representing peace and death.
• Bee scenes with Holmes and Roger as they explore a generational bond.

Acting: Hands down, Holmes played by Ian McKellen was played out in award fashion. Ian’s ability to convince us of his failing memory and aging was significantly profound. Roger’s eyes and cupid’s bow upper lip. Cute kid. And Liney’s part was played incredibly well considering this time piece.

We learned that life needs to be in balance and that there is a significant difference between bees and wasps. We also believe that this movie is best suited for adults and an older audience.

Our reviewers reviewed this film as 86%. We very much liked it.